Overall opinion: Intense and adventurous Epic YA Fantasy that reads like High Fantasy for adults in a “vintage” writing style that’s a perfect fit for the world built.

Disclaimer: I received a free copy from the author in exchange for an honest review.

A peasant girl who dreams of becoming a sorceress, a boy who imagines himself a knight – trailed by a ruthless mercenary armed with an ancient sword.

Lynette is a poor farm girl who wants to become a sorceress. Baxter is a young squire with too much innocence and honesty to survive in his county. Two young people brought by fate to cross paths and encounter mythical creatures that are the norm in their world: gnomes, ogres, goblins, giants, and fae. There is an obscure force threatening the world of both fae and humankind, and none of the two teenagers can really turn their back on what’s fated to happen.

Storm’s Herald is a self-published book through Amazon’s CreateSpace with a lovely soft cover that feels like cloth under touch. Golan’s relative’s design for the cover, featuring one of the main characters, is also spot on for the story and where it is going.

The Backstory for My Storm’s Herald Book Review

I found J.W. Golan on Goodreads around October 2019 while looking for free ARCs from indie authors. His plot intrigued me, so I offered myself as an ARC reader for his second book in the Stormfall Chronicles series, secretly hoping he’d send me the first book to review, too.

Well… sometimes wishes become real: Golan sent me both books in print, after reading about my preference for the sake of my eyesight. I was taken aback by so much generosity!

On Nov 8 I bookstagrammed both books because I was too happy to have received them:

I get rather excited to hold physical books that I was waiting for, much more than any EPUBs in my Samsung tablet.

Now let’s begin the actual book review for Storm’s Herald, like I did for Haley Walden’s Defender of Histories. 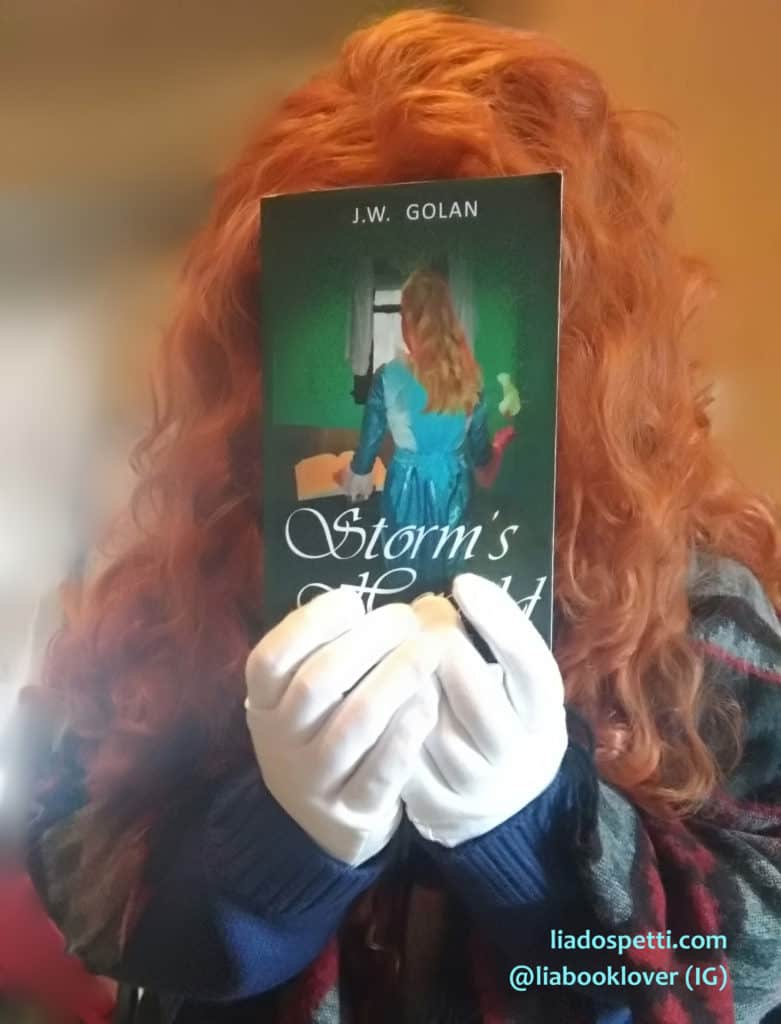 But most of the time, it’s the major events that take place in the built world that direct the characters’ decision to do this or that, whenever taking decisions based only on a character’s own desires would lead to disaster.

That’s not to mean the characters are spineless beings carried by the current of events… just the contrary! They are strong and resilient, even when they’re temporarily fragile. They take events by the figurative horns and make their honest effort to redirect them or at least be at least partially in control.

Isn’t that how life works? We take decisions and try to do what we want to do at all times, but things in life happen that are not always in our favor. So we react and sometimes attack, but whatever the outcome, we want to feel in control.

That’s an aspect in this book that I loved and I could relate with, as a human being.

Golan’s characters are fully immersed in their world, and they shape it.

Generally speaking, I found the writing style to be more suitable for an upper adult reader than a young adult, but that may be only my perception. It’s descriptive and filled with imagery, which fits perfectly with the world created.

The prose has a “vintage” taste to it. Think Jane Austen. Elegant, sometimes serious. In fact, initially I thought this was old-style High Fantasy than YA Fantasy.

The main characters are introduced in the first chapters, then we get to know other characters who have an important role in the story as the narration progresses.

Our four main people are:

The worldbuilding uncovers chapter by chapter, and it’s one of the protagonists of Storm’s Herald along with the characters. No clashing elements, no modern ideas inserted by mistake in the narration: the world and its characters are in perfect harmony with one another, and they belong.

The world setting is medieval as it’s typical of a classic Fantasy novel.

Coming to the themes of the narration:

For the things that I didn’t like about Storm’s Herald, I identified four and they mostly concern formatting and writing style choices:

However, none of these “nays” were a detriment that kept me from turning pages (excepting the paragraph spacing sometimes, and I’m wondering if I felt more emotional neutrality because of that spacing?)

If you don’t mind any of those “nays”, by all means check the book out because the story and the worldbuilding are simply amazing and they’re the reason I gave this book a 4.5 star rating out of 5.

As usual, I’m going to end my review with my favorite quote from the book:

“Do not be so unkind to yourself. You are lesser to no one. And even if you were not his biological child, did that knowledge change his opinion of you in any way? He could have left you, could have walked away. No one would have blamed him. He and your mother loved you, believed in you. Maybe you should believe a little too.“

My favorite parts in the book were those involving Lynette, especially her budding friendship with a fae named Glynis and that with Baxter. Naive kids, but with great inner strength.

I also loved the character of Eirlon, the gnome who feels like a father figure throughout the narration.

I could go on and on with J.W. Golan’s characters! And I have yet to find one in his book that has no depth of some kind, even a minor character.

Overall, I recommend Storm’s Herald to Fantasy and YA lovers who appreciate a touch of “vintage” writing in a story, closer to Austen’s and Tolkien’s styles, and all people who love a well-done worldbuilding and character quest over character-driven action.

If you loved Pride and Prejudice and The Lord of The Rings, as well as The Neverending Story, I wholeheartedly recommend reading Storm’s Herald, preferably on a couch (with a warm blanket in winter) and a cup of tea. You have to enjoy the detail!

For movie recommendations, in addition to the 2005 edition of Pride and Prejudice and the moviezation of The Lord of The Rings, a good movie to watch is The Princess Bride (1987).

Thank you so much for reading my Storm’s Herald book review! I appreciate your time and I hope I could give you another interesting book to look into. Bye!

Like this blog? Now you can support Lia Mara Dospetti and her SciFi web series on Patreon!

Booklover. Hobby artist. Author of the Rolamaton the Robocity webseries. Also author of short stories and novels for upcoming publication. Countryside demigirl who works as an artisan in her daily life. Currently in a happy relationship. Come say hi on Twitter @dospetti and Instagram @liabooklover 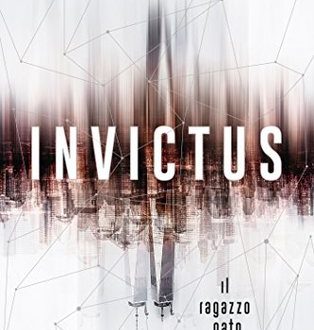 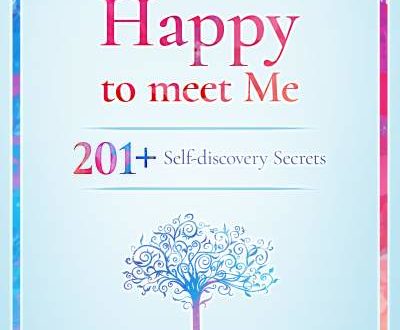 Book Review: Happy to Meet Me by Calista J. McBride 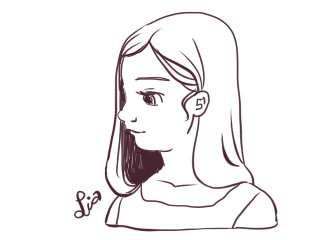 You can use Ko-fi to donate $3 (a cup of coffee) to help support my projects. Thanks!